Please enter your username or email address. You will receive a link to create a new password via email.

Ibuyers Cost More Than You Think! 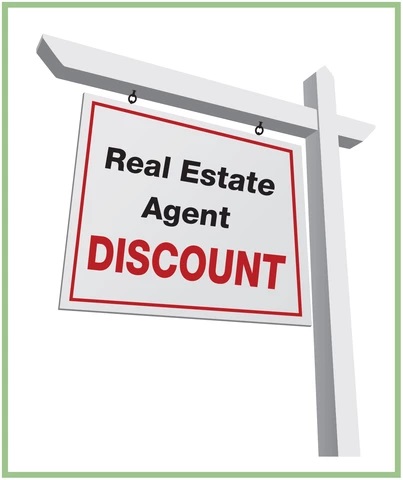 Real estate data analyst Collateral Analytics has released the result of new research that shows that iBuyers are often more expensive than what one would think. The study demonstrates that it typically costs between 13% and 15% to use an iBuyer.

The findings of the study are in direct conflict with the claims made by various iBuyers on what exactly it would cost homeowners to use such services. One iBuyers, Opendoor, claims that its service is more affordable than what a real estate agent would charge to sell houses. According to the research however, using iBuyer services instead of a traditional listing agent, generally costs homeowners up to two to three times more.

The authors of the report, senior vice president of research and development with Collateral, Dr. Norman Miller and Dr. Michael Sklarz, the CEO, write that depending on the iBuyer vendor, the typical costs to sellers is between 13% and 15%.

Although this is certainly worthwhile for sellers that need to move or require a quick sale to extract equity, the portion of the market that will ultimately use this service still needs to be determined.

The report did not focus on accusing the service of any wrongdoing, and in fact describes iBuyers as a welcome alternative to traditional listing agents for some interested home sellers. The report contributes to a blossoming body of research on iBuyers by focusing on its cost estimates of the service.

The report notes that iBuyers typically levy a convenience fee from between 6% and 9.5% on sellers, while some also charge sellers for fees normally paid by buyers via buyer’s agents at closing. This could add as much as another 1%, or even more. The authors of the study also note that iBuyers often ask for substantial repairs based on home inspection results, while others, like Offerpad, pay for relocation costs.

This all adds up to a typical total direct cost of an iBuyer being between 7% and 10%, excluding repair credits. This is compared to between 5% and 9% costs when using a traditional broker and combining listing agent and buyer agent costs.

According to the report, the indirect cost of iBuyers is even worse. iBuyers must make lower offers due to the risks and costs of reselling and holding their acquisitions.

The study goes on to say that for unique homes, the selling season is normally bad for iBuyers. If there is more competing inventory present in a local market, iBuyers will also offer even lower prices.

To determine the typical discount iBuyers pay for homes, the authors used Collateral Analytics’ automated valuation model (AVM) to generate home value estimates and used these to compare purchase prices of two anonymous iBuyers. According to the authors, prices estimated by the AVM has a close correlation with actual market values.

A sample of 6,000 transactions across 4 markets was used for the analysis. The markets were Las Vegas, Charlotte, Atlanta and Phoenix, and the transactions took place from 2016 to 2019. Although the report does not name the two iBuyers, a source close to the authors confirmed they were Offerpad and Opendoor.

When asked to comment, Opendoor did not respond immediately.

Cortney Read, a spokeswoman for Offerpad, said the company’s average service fee is 7% and added that some homes only required minor repairs. She believes the study does not compare the fees mentioned accurately, as it only focused on real estate agent commissions, while also including other costs for iBuyers that were not shown in the traditional real estate agent cost amounts.

It is also reported that the discounts have declined slightly over the years. In 2016, one iBuyer’s discount was for example around 7%, while the other’s was about 3.5%. By 2019, these numbers were closer to 4.5% and 2% respectively.

The authors proposed that pressure to utilize capital may have reduced the difference between what iBuyers generally pay for homes and their actual worth. A part of this pressure is likely generated by Zillow Offers and other firms trying to gain market share in the growing iBuyer market.

The authors say that at the end of the day, the discount paid by iBuyers will settle at a level to compensate iBuyers for capital costs and liquidity risks appropriately.

The study concludes that sellers are paying fees that are between 2% and 5% higher than with traditional listing agents and buyers’ agents, plus a substantial repair allowance, and also between 3% and 5% more to reimburse iBuyers for carrying costs and liquidity risks.

All of this adds up to the typical cost of using iBuyers being between 13% and 15%, depending on the iBuyer.

The study’s cost estimates are similar to estimates given by some agents speaking about iBuyers at Inman Connect Las Vegas. It is however slightly higher than the 11% estimate published by Market Watch.

The report does concede that from a business perspective, this cost is realistic. iBuyers have to cover carrying expenses and cater for various risks including adverse selection, price declines and home burglaries.

Adverse selection refers to the risk that sellers, knowing about negative characteristics of their home that are difficult to discover, are more likely to use iBuyers, thus obtaining prices iBuyers would not normally pay if they were aware of these problems.

The authors say that although not all sellers are better informed than iBuyers, there is a risk that informed sellers may take advantage of offers that are relatively high.

If you are thinking about buying or selling a home in Sherman Oaks and surrounding areas, contact Blayne Pacelli today for professional real estate services.

What should I do first if I want to buy a house?

Owning a home-based business can provide a lot of flexibility. When your business begins booming,...

As of right now in the Los Angeles market is trying to make sense of the corona virus and how it is...

Solar panels will be required feature on virtually every new home built in California, under policy...